The Launch of a Fashion App

90% of jobs are estimated to need some level of digital skills and there is a shortage of skilled people to fill all jobs in technology. In South Africa, many young girls are not given the opportunity to obtain these skills and thereby attain an interest in STEM`(science, technology ,engineering, maths ).

I was never one of those pupils who was ever very “good” at computers or what I I would have described as “tech stuff”. At 13 years old, if anyone had asked me to perform onstage or attempt  a sport I would have readily agreed. In direct contrast, If you had asked me to write a code/programme, I’m quite sure I would have laughed, proclaimed it “impossible” and told you how I was sure I would never need coding. My reluctant  journey with coding continued to decline well into adolescence and concluded with my failing CompSci 101. 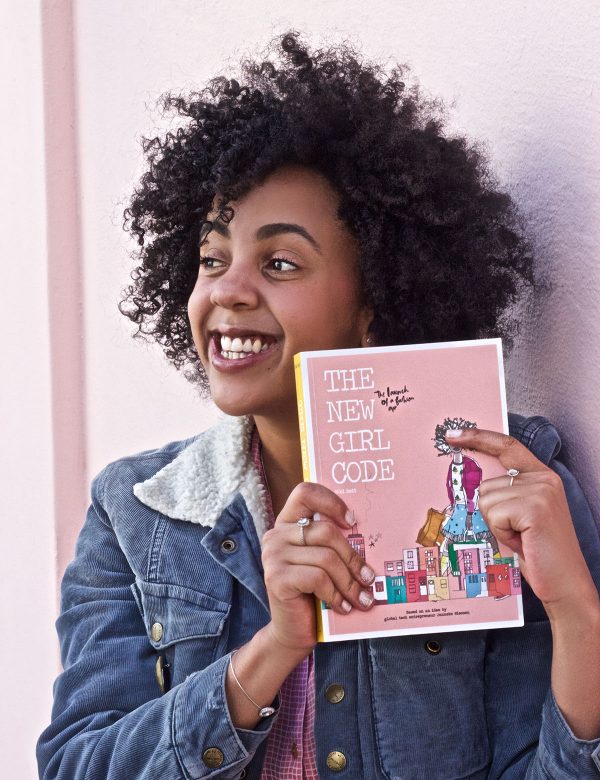 Tumi Letsatsi is a 13-year old melanin kween living in Rondebosch, Cape Town. Her favourite colour is yellow, she’s still trying to figure out how not to dent her afro on the bus, and how one goes about (ahem!) “french kissing”.

She’s a little awkward and a lot uncertain about her future, friendships and how to put together a cool outfit! But then she stumbles across the magic of coding and creates an app called “Project Prep” that goes viral and rockets her and her friends to fame. Then everything starts to fall apart, as she deals with a catfish who befriends her and steals her code, nasty rumours at school and the newfound attention of a crush.

The New Girl Code (by Niki Smit, locally edited by Buhle Ngaba) is about the wonders of working in tech, aimed at girls and young women aged 9-15. The project is an initiative of Inspiring Fifty and based on an idea by Janneke Niessen.